Patti Gauch has been an editor for a long time. She is also an author. She probably knows more about children's literature and publishing than just about anyone. She is also a phenomenal reader, which I mentioned a couple of weeks ago. When she gives you good advice about writing, you really want to pay attention.

This morning I worked for a while on transcribing my notes from our workshop sessions. I filled a whole notebook, so it's taking a while. I discovered that I enjoyed reading my notes from Patti's sessions almost as much as I enjoyed listening to them the first time.

One of the things Patti said was that we should write inspiring things on post-its and stick them above our desks. Or wherever it is that we can see them when we write. I've done this for years. I have some sticky-backed index cards I like to use. My favorite is written in fat black sharpie letters: "Finish!" E.L. Konigsburg.

Some of my post-its are lists of things to avoid, like weak modifiers. (just, so, such, very, etc.) Some of them are things the Slushbusters have said. (Give the hero the last word.) I have an index card with Freytag's pyramid, and one with Joseph Campbell's Hero Quest. And I have a couple of quotes from books about writing, such as Stephen King's On Writing and Gail Carson Levine's Writing Magic. Finally, I have quotes from my own characters. Most of those are things I want the character to say at some point, but haven't gotten to that place in the story yet.

Patti gave us a few more. My favorite is "Am I sassy enough?" I also love "I have the permission to let go to story, to let go to what is within me." I have added those, as well as her other gems, to my post-it wall above my desk.

Do you have any little quotes you put up to inspire you?
Posted by Michelle at 1:01 PM

The wall beside my desk is filling up with quotes. Some of them are from my husband, "I love you and I believe in you" and "This time it's not the Inner Editor that needs banishing; it's the Demon of Self-Doubt." Some come from my favorite authors. Some are from other artists. "The picture that looks as if it were done without an effort may have been a perfect battlefield in its making" (Robert Henri). Some come from other writers. "Dare to suck!" came from Shannon, one of my fellow Spatulans. And, of course, I added a couple tonight from your blog. Thanks!

Michelle, I've been trying to think all day of comments that I remember. (I have a laptop, and write either on my couch or in Barnes and Noble, so I can't post quotes on the wall.)

At particularly difficult times, I remember what William Zinsser wrote in one of his books: I don't like writing. I like having written.

Kristi, some days, we all must dare to suck.

Sarah, I like that one. It reminds me of how I feel sometimes, but with an adaptation. I feel like I'm not writing much, until I see how much I've written. Honestly, I pulled out the box of old drafts of S.B. to go through with this revision and I'm shocked at how much there is. Not counting the versions that never saw the light of the printer.

My favorite quote is "You never fail until you stop trying." Whenever I feel like throwing in the towel, I remember those words. Somehow they motivate me enough to make it through another round. 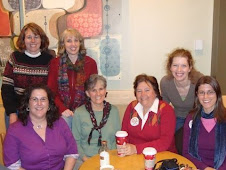